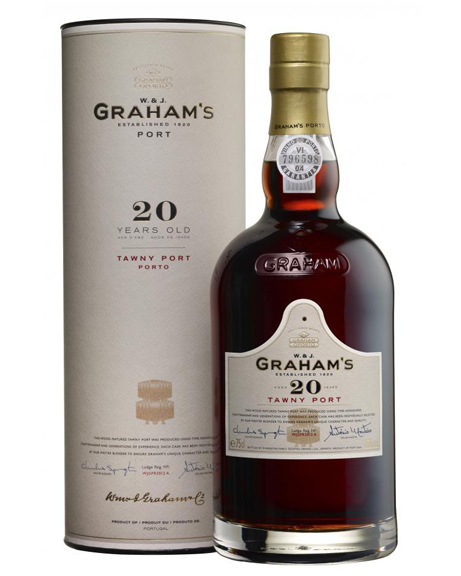 Port 20 Y.O., W&J Graham's
W.&J. Graham's
750ml
Code: 46206
61,80€
Graham's 20 Year Old Tawny is a Port wine perfected over two decades to delight those in the pursuit of excellence
Product description
Graham’s 20 Years Old Tawny is the result of the Master Blender’s quest for the perfect balance between young and aged Port wines. This is a Port wine perfected over twenty years to delight those in pursuit of excellence.
Colour: Amber, golden tawny.
Aromas: Excellent bouquet; with a characteristically nutty character and delicious mature fruit, hints of orange peel, exquisitely mellowed by careful ageing.
On the palate: Rich, softly sweet and smooth; perfectly balanced with a long and elegant finish.
Pairing: Pairs extremely well with nuts, dried fruits and fruitcake, as well as vanilla ice cream and crème brûlée.
Served: slightly chilled.
Im ready to buy
1 Unit >
61,80€
1 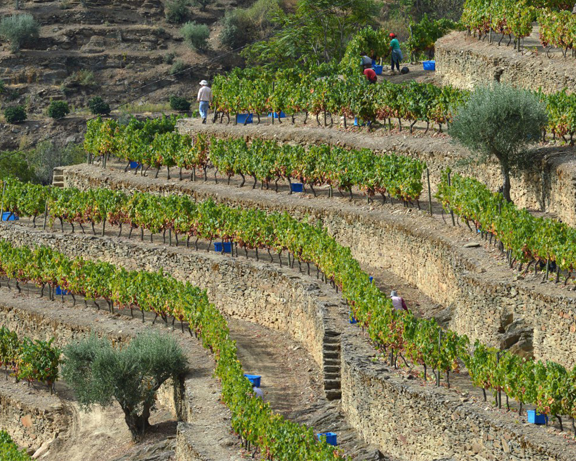 The story of two families across three centuries. For almost two hundred years W & J Graham’s has been an independent family business renowned for producing the finest Port wines.

Graham’s has always been a pioneer. Graham's was one of the first Port companies to invest in its own vineyards in Portugal’s Douro Valley in 1890 and is now at the cutting edge of innovation in winemaking techniques. Today, five Symington cousins share responsibility for every aspect of the company and personally make the Graham’s wines. They too have been involved with Port and the Douro for many generations, with ancestry dating back to the mid-17th century.

The monk that time forgot - Port, the rich, sweet, fortified wine that is enjoyed across the world owes its existence to one monk, forgotten by history, in the remote Douro Valley.

It is alleged that two wine merchants in the seventeenth century exploring Portugal’s Douro valley discovered the Abbot of a Lamego monastery adding grape spirit to his wine early on in its fermentation to preserve its sweetness. This was embryonic Port.

They decided to use this method of ‘fortification’ to preserve their wines for the long sea journey back to England. This wine took its name from the city where these traders had their base: Oporto (Porto), from where it is to this day shipped to the world.

Port is still produced in this way, by intentionally interrupting the fermentation of the grape must (or juice) by the addition of a clear grape spirit calledaguardente, generally referred to as ‘brandy’. This preserves a large amount of the grapes’ natural sugars, thereby giving Port its characteristic sweetness and richness.

The grapes that are used to make Port must be grown in the mountainous Upper Douro region of Northern Portugal, the world’s first officially demarcated wine region in 1756. This protected region is the only place in the world that can produce authentic Port.

Experience and tradition spanning three centuries have given Graham’s strong values, which are at the heart of the company’s philosophy today.

The original Graham family motto, ‘Do Not Forget’, guides everything the company does. It speaks of a commitment to the Douro region born from a respect for the past and confidence in the future.

Graham’s is an entirely independent family-owned company. The whole wine-making process, from the vine to the bottle, is therefore personally overseen and guaranteed.

Tradition, experience and knowledge are passed from generation to generation; and innovation is embraced, in the continued pursuit of excellence.

Graham’s owns some of the highest quality vineyards in the Douro Valley, only using grapes from these properties in its Ports.

Graham’s Winemaker personally follows the progress of each wine, carefully tasting, blending and selecting which wines to bottle or to mature, in a tradition initiated over a century ago.

The Art of Cooperage is essential to the making of great Port, so Graham’s uniquely retains its own dedicated team of Coopers. And the Cellar Master personally guarantees the ideal conditions for ageing in the Graham’s 1890 Lodge.