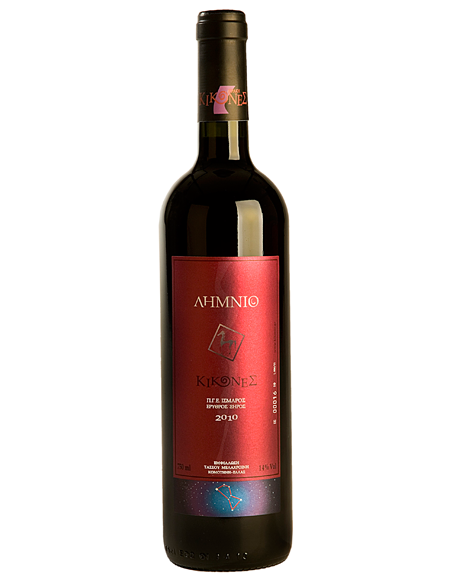 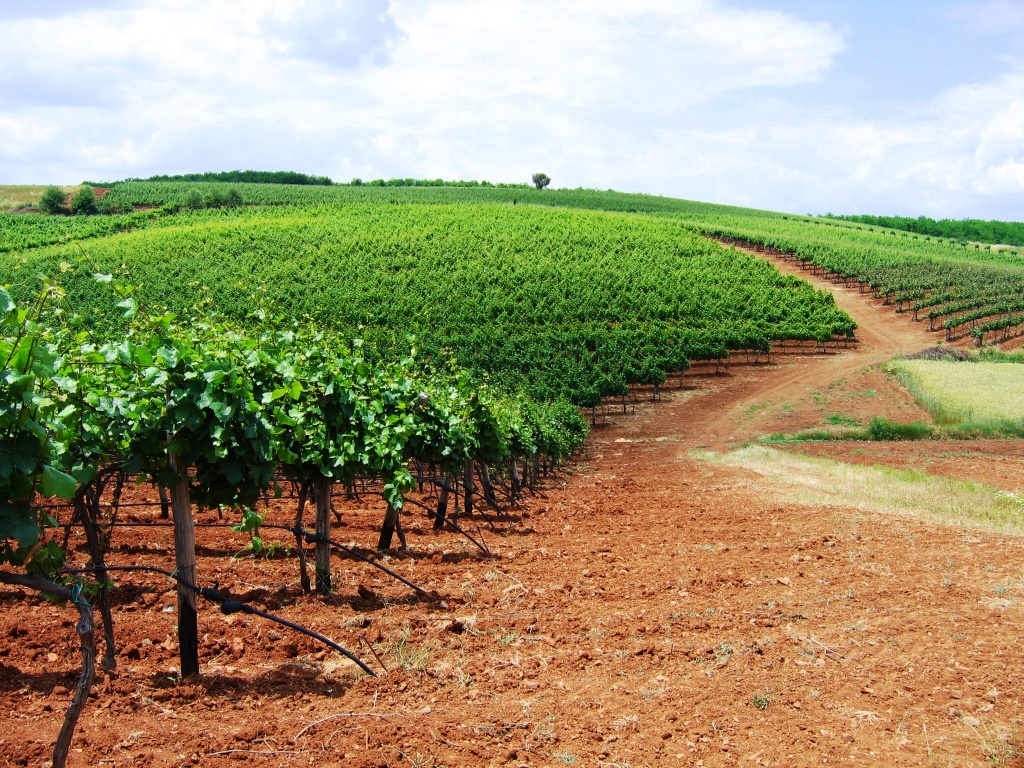 Domaine Kikones has only received a state  subsidy once in the last ten years and this was namely the Developing  Women's  Employment and Enterpreneurship Scheme, reaching € 8.000 from a budget  of € 1.200.000 . Today Domaine Kikones employs seven people full time and ten to fifteen people part-time during harvest time.

Domaine Kikones'  main concern is to revive the fame of Thracian vineyards in Greece and abroad. Due to this, the winery has been named Kikones, to pay tribute to the first natives who made wine on Thracian land.

Domaine Kikones organically cultivated vineyards are located in Maronia, Thrace and cover a surface of 10ha in total. The climate in the region is very mild, affected by the Thracian sea breeze and the Ismaros mountain. The soil is red clay loam enriched with large amounts of silicon dioxide stones (Quartz). The red color of the soil is due to high quantities of iron integrated which brings spiciness to the wines produced from the region. The cool winds coming from the Rodopi mountains in the North are smoothened by the sea breeze which makes the area unique for cultivating vineyards and produce high quality grapes, the raw material for great wines. This is something the ancient Greeks valued and one of the main reasons why Maronia was one of the first wine regions in Europe during antiquity.

Vassilis Tassou, Domaine Kikones Vineyard Manager, is in charge of the organic cultivation and ensures the high quality of the grapes produced with the least technological intervention possible. One of the techniques Vassilis uses to fertilize  the vines naturally with nitrogen is the combined cultivation of the Vine and Vicia. Vicia is a plant that is sewed in between the lines of the Vines because it captures the nitrogen that exists in the atmosphere and stores it in it's roots. When Vicia has grown enough it is plowed into the soil and naturally enriches it with nitrogen while an harmonious environment for the useful insects is created. The Vines can reach this natural fertilization through their routes, as enough nitrogen quantities have to be contained in the must to achieve a perfect alcoholic fermentation.

The use of Vertical Shoot Positioning (VSP) trellising system is another pioneering feature of Domaine Kikones. The system involves the trimming of the vine leaves in such a way that they shade their own grapes, protecting them from intense sunlight during the ripening stage. In this way the skins of the grapes are protected from burnings that would deteriorate the aromas and hence speeding up the ripening process, which often occurs in hot climates. Consequently, the grapes ripen in the slowest way possible and they develop simultaneously their aromatic / phenolic characteristics.

The varieties cultivated are :

Sangiovese: An Italian variety that came up from an Australian inspiration!