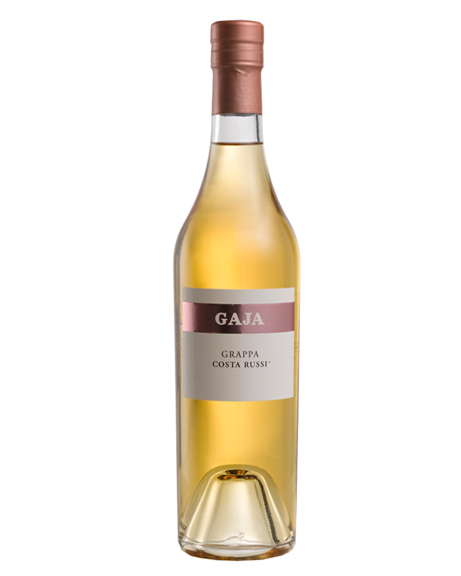 - golden colour and evokes thoughts of a typical Piedmont autumn

- aromas of mushrooms, hazelnuts, straw, raisins and black berries with a fine note of dark chocolate

- perfect balance and elegance on the pallet

- golden colour and evokes thoughts of a typical Piedmont autumn

- aromas of mushrooms, hazelnuts, straw, raisins and black berries with a fine note of dark chocolate

- perfect balance and elegance on the pallet

The Gaja family settled in the Piedmont region in the northwest Italy in the mid-seventeenth century. Five generations of Gajas have been producing wines in Piedmont's Langhe hills since 1859, the year Giovanni Gaja, a local grape grower, founded the Gaja Winery in Barbaresco.

Giovanni's son, Angelo (grandfather of today's Angelo Gaja), was blessed with ambition and vision. Clotilde Rey, whom he married in 1905, inspired him to establish the tradition to which the Gajas have adhered ever since - total dedication to uncompromising quality.

Giovanni's son, Angelo, joined the Winery in 1961 and combined his respect for the traditions of the Langhe with bold innovations in the vineyards and the cellars. He also introduced Gaja wines to foreign markets. His wife, Lucia, is working side by side together with the two elded daughters, Gaia and Rossana, who represent the fithf generation.

Today, the Gaja Winery owns 250 acres of vineyards in the Barbaresco district (Barbaresco and Treiso) and the Barolo district (Serralunga d'Alba and La Morra).

In 1994, the Gajas acwuired their first wine estate in Tuscany, Pieve Santa Restituta in Montalcino.

The property's 67 acres of vineyards produce three Brunello di Mntalcino, Rennina and Sugasrille, and with the 2005 vintage a Brunello di Montalcino without single-vineyard designation.

In 1996, the Gaja family purchased a second property in Tuscany, Ca'Marcanda, located in the Bolgheri disrtict in the commune of Castagneto Carducci. New plantings of Merlot and Cabernet Sauvignon as well as Cabernet Franc, Syrah and Sangiovese cover 270 acres. the wines produced at Ca'Marcanda and Promis, Magari and Camarcanda. The 200 vintage is the first release of each of these wines.