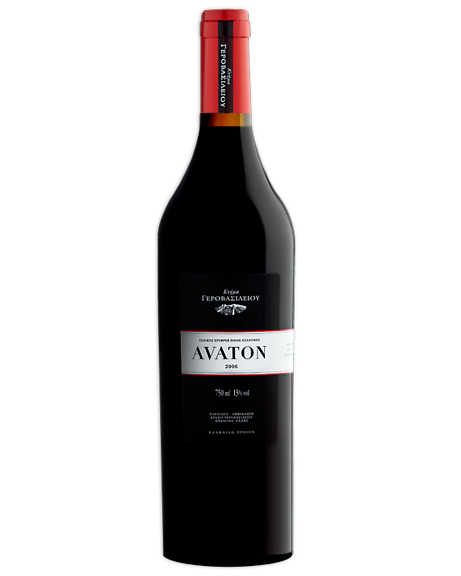 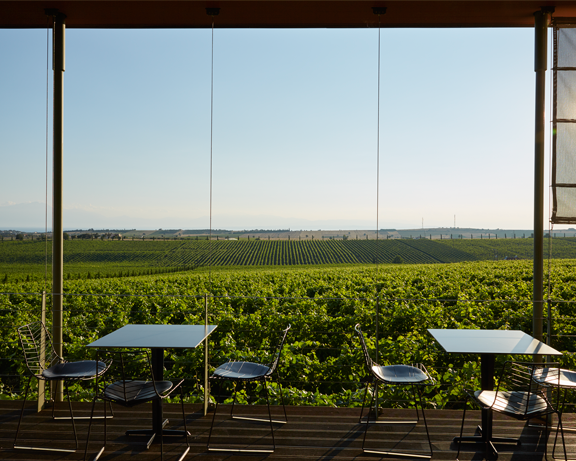 In 1981, he started reviving the family vineyard that spreads over 2,5 hectares at Papamola region in Epanomi, approximately 25km  to the south-east of the city of Thessaloniki. In this unique ecosystem he planted mainly Greek, but also foreign grape varieties. The first vinification took place in 1986 at the modern winery that was built by the vineyard. All Ktima wines are produced from grapes cultivated in the private vineyard, now stretching over 62 hectares.

At Ktima Gerovassiliou the vineyard is cultivated with great care and enthusiasm that leads V. Gerovassiliou to constantly research and experiment with Greek and foreign varieties, both well and less known ones. New technological advances blend well with tradition throughout vine growing and vinification processes.The aim is to produce high quality wines from grapes cultivated exclusively in the privately-owned vineyard; wines that carry all distinct characteristics of the specific microclimate (terroir) of Epanomi.

The creation of the Wine Museum itself in combination with the various activities organized -visits, wine tastings, educational programs, seminars, publications, lectures, theatrical and musical performances- contribute to the diffusion of wine-growing culture.

Ktima Gerovassiliou is a single private vineyard stretching over 62 hectares. The climate in the region of Epanomi is Mediterranean with mild winters and temperate summers, cooled by sea breezes. The vineyard is surrounded by sea on its three sides at a distance of three kilometers, while its west side faces Thermaikos Gulf and Mount Olympus, extending over the beaches of Pieria. The soil is mainly sandy with a few clayey substrates and calcareous rocks. It is rich in sea fossils, since the surrounding hilly area was formed by sea deposits.

The vineyard is cultivated according to the standards of an Integrated Management System that aims to produce wine grapes following a certified cultivation procedure according to AGRO 2.1-2.2, meeting all relevant quality and safety requirements and respecting the environment, the vineyard's employees and the consumer. Primary concern is the meticulous care of the vineyard, therefore all rural tasks - including harvest- are done by hand.

Greek and foreign varieties were planted and are being cultivated with great care: Malagousia -first vinified by Vangelis Gerovassiliou- and Assyrtiko -first cultivated in the island of Santorini- are the Greek white varieties of Ktima, while Limnio -an ancient Greek variety also mentioned by Aristophanes in the 5th century BC- Mavroudi and Mavrotragano are the Greek red varieties. Furthermore, French white varieties -Chardonnay, Sauvignon Blanc and Viognier- and the red ones -Syrah and Merlot- are being cultivated. In parallel, Ktima Gerovassiliou always attempts new experimental cultivations of both Greek and foreign grapes.